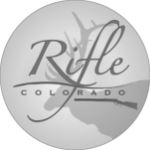 
To apply for a Board or Commission with the City of Rifle, please complete the following application:
Board/Commission Application (PDF)

The Planning and Zoning Commission is an advisory board to the City Council regarding all planning and development issues, as well recommending amendments to the Zoning Map of the City and appropriate zoning classifications for all annexations to the City.

Formed as a result of a lodging tax that was passed in 2007.  GRIT makes recommendations to the City Council on the use of the Visitor Improvements Fund (VIF) which monies are designated for the development and marketing of visitor improvements and attractions, special events and beautification projects in the City, historic preservation, and the general promotion of the City.

The GRIT Board members are appointed by the City Council and serve three-year terms.

The GRIT Board members shall be comprised as follows:

Five (5) members, one (1) of whom shall serve as an alternate, who are citizens residing within the City of Rifle or are representatives of businesses located within the City. Hotel, restaurant, retail businesses and members of historic preservation groups are preferred, but not required.

The City Council shall also appoint a liaison from the Rifle City Council to attend GRIT Advisory Board meetings as a non-voting participant.

The Parks & Recreation Advisory Board (PRAB) was formed in 2005, in conjunction with the passage of the Penny Sales Tax.  They act in an advisory capacity to the City Council in all matters pertaining to parks and recreation.

The board consists of seven voting members and one alternate. One member must be a representative of the senior population at least fifty-five years of age or older. One member may live outside of Rifle City Limits.

The Parks and Recreation Advisory Board consists of seven voting members and one alternate member. Six members must be residents of the City, and one member may be a nonresident living in the Rifle area. One of the members shall be a representative of the senior population at least fifty-five (55) years of age or older.

Parks and Recreation Advisory Board are appointed by the City Council and serve three-year terms.