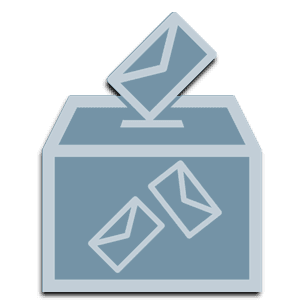 The Regular Municipal Election will be held on Tuesday, September 10, 2019. All Council seats are at-large positions. There are three seats up for election. The three candidates receiving the most votes will be elected for four year terms ending in September 2023.

The Mayor and Mayor Pro Tem will be appointed by the Council at the Organizational Meeting.


Candidate Qualifications
To run for municipal office, a candidate must be a citizen of the United States, have resided in the City of Rifle for one year prior to the date of the election and be a qualified elector as defined by the laws of the State of Colorado. Additionally, a petition of nomination must be filed with the City Clerk.

Candidates may begin to circulate nomination petitions on Tuesday, June 11, 2019. They must be filed with the City Clerk’s office prior to the close of business on Monday, July 1, 2019.

To vote in City of Rifle elections, you must be a citizen of the United States, be at least 18 years of age on or before the election, have resided in the city limits of Rifle at least 22 days before the election, and have registered to vote. Visit the Colorado Secretary of State's website to register to vote or to verify that your voter registration is accurate.


Candidates must file campaign finance reports with the City Clerk’s office as required by the Colorado Fair Campaign Practices Act (FCPA). Failure to file the proper forms will result in the disqualification of a person as a candidate.

Candidates’ names are placed on the ballot by lot. On Tuesday July 9, 2019, at 9:00 a.m., names of all of the candidates who have submitted complete petitions will be placed in a basket, and will be drawn 1 at a time to determine the order on the ballot.

City Council has authorized a mail ballot election for this Regular Municipal Election. Ballots will be mailed beginning  August 19, 2019, and must be returned to the City Clerk by 7 p.m. on September 10th.

Ballots may be mailed in or dropped off at:
City Hall
202 Railroad Avenue
Rifle, CO 81650

Ballots are accepted until 7 p.m. on election day.

Candidates are allowed to appoint a watcher during the election. Watchers must have an official appointment certificate issued by the City Clerk. More information is available here.

Ballots will be counted on Election Day. No one is allowed in the polling place other than the City Clerk, the Administrative Assistant, and the election judges during this process. The certificate of votes cast is expected to be complete by 10 p.m. Watch for it to be posted on our website on the home page under Rifle News.

It is up to each candidate to determine what type and how much campaigning he/she would like to do. Political signs are exempt from the regular sign permitting process in the Rifle Municipal Code, and may be installed for a period of not more than 60 days prior to the election, provided they meet the following provisions:

Follow this link to a calendar (PDF)  listing key dates associated with the municipal election.

Follow this link to a copy of the City of Rifle Home Rule Charter (PDF).